THE STORY BEHIND THE WORLD’S MOST POPULAR DISH

Come to the Chamber and get your copy for only $30 + hst. 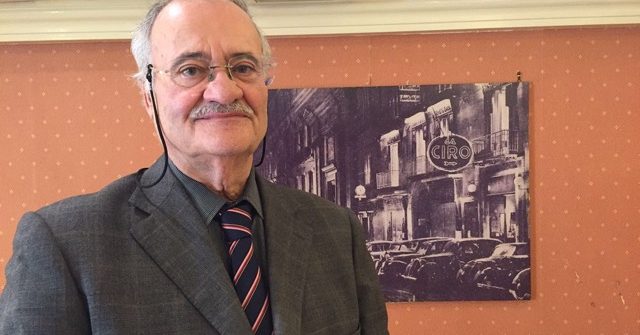 On July 14 we had to the pleasure of speaking with one of the co-founders of the Associazione Verace Pizza Napoletana (AVPN), Antonio Pace.Mr Pace’s family have been in the pizza business in Naples for two centuries, and in addition to his role as president of the the AVPN he also oversees the management of the family pizzeria, Ciro a Santa Brigida.

“The association started with the 17 oldest pizzeria families in Naples, who we managed to bring together in the early 1980s,” he says.

They came together along with a notary to try and hash out a definition of pizza napoletana in response to the growing popularity (and frequent misuse) of the term outside of Naples.

“Until that time pizzerias were almost exclusively in Naples, even in Italy,” says Pace.

“I felt we needed to intervene in some way, and so I thought of forming this association of the old pizzerias to defend the original recipe of napoletana pizza. Otherwise, interpreted by so many people in their own way, it would eventually be lost.”

The important thing was to get consensus on the recipe from the old pizzerias. The recipe they came up with was simple and practical.

“The pizzaioli of the time weren’t scholars,” says Pace, “but they understood what was needed. We wanted to create a recipe where a pizzaiolo with a watch and a scale could make a good pizza. As for excellence, that comes with experience.”

Despite criticism from many of their fellow napoletani the AVPN persevered with their initial attempt to define pizza napoletana and have been successful in their goal of spreading it across the world.

In 2009 the APVN successfully lobbied the EU to win certified status for pizza napoletana. Today there are APVN members on five continents and in 38 countries The APVN also runs training programs for pizzaioli at their home base in Naples and though satellite locations in the US, Japan and Australia.