Travelling across Italy, you’ll find that the sandwiches vary greatly, even in towns just a few kilometres apart. „Il Panino Gourmet“ differentiates itself from the classic sandwich in the refinement of the ingredients: the bread is carefully selected, the filling involves elaborate preparations, and the use of high-quality seasonings is meticulously chosen. Versatile, informal, easy to prepare and ideal to eat at any time of the day in any place. Sandwiches can accommodate all tastes and dietary restrictions, and because of its nature, it lends itself to improvised and unusual combinations.

The thought behind the Panino Gourmet is to introduce consumers to a new way of eating on the fly when buying fast food/street food and to help them make informed decisions. Nowadays, in the fast world that we live in, we don‘ t have to give up quality foods, certified and high-end ingredients, or a well-balanced and healthy diet when we are in a hurry. A Gourmet Panino can substitute many other types of fast foods, and it can become a healthier option for a quick lunch/dinner on the go creating a new trend throughout the city.

„Il Panino Gourmet“ is a series of two live webinars organized in collaboration with Michelin Star Chef Claudio Sadler (Ristorante Sadler, Milan) and Chef Rob Gentile of Buca Restaurants. Both chefs will guide us through their own versions of Gourmet Panini and show us how to prepare them and explain which products they are using.

The events will see the participation of a group of media and influencers who will have the chance to take part in these exclusive masterclasses, interact directly with both chefs and ask questions. The events will also be streamed live on Facebook for everyone to watch.

During the first of the two online webinars, Michelin Star Chef Claudio Sadler will connect from his own restaurant located in Milan, Italy, to talk to us about three Panini Gourmet he created specifically for this event: 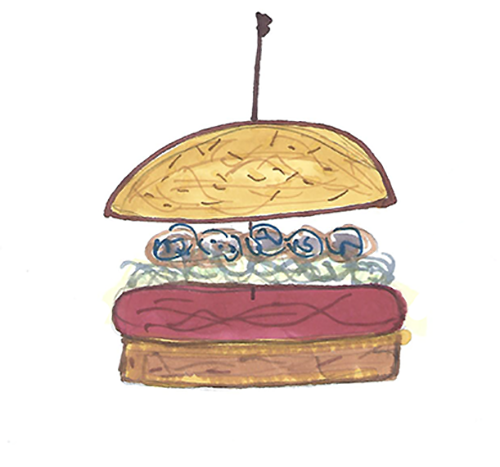 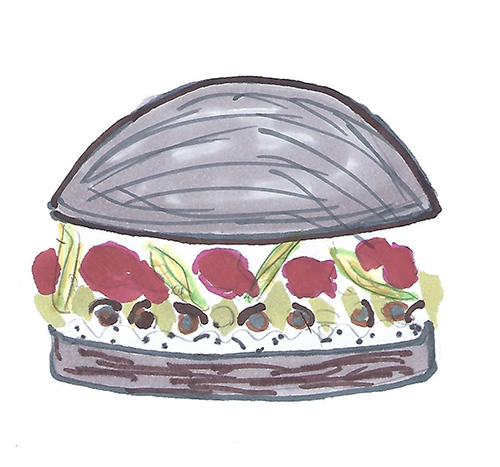 „Panino Due in Uno“ 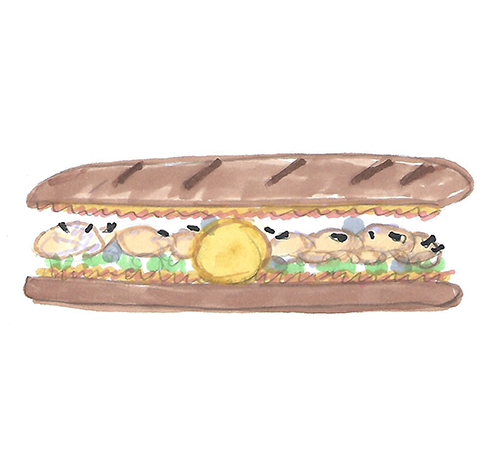 Chef Sadler will prepare each sandwich individually according to his own designs, explain ingredients and preparation and share with us some insights and inspiration for the sandwiches. Deborah Verginella, Executive Chef at Miele Gallery Caplan’s will be by Chef Sadler‘s side (virtually speaking) and accompany him in conversation throughout the event, assisting with her own expertise and meticulously thought out questions. Chef Sadler will talk to us about the following list of PDO/PGI products he used in his sandwiches, their qualities, traceability, and give us further details on the PDO/PGI certifications and their importance: 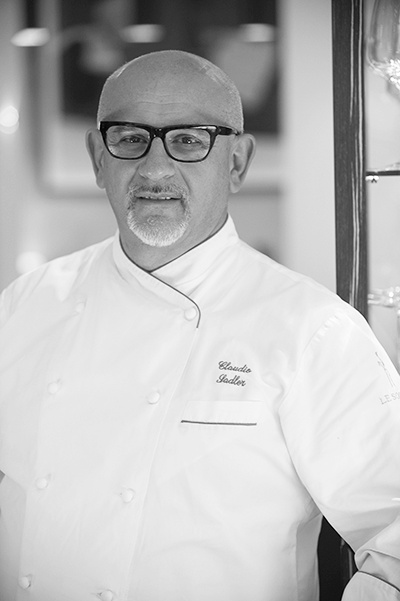 Born in Milan in 1956, Claudio Sadler started his career right after finishing his studies at the culinary school by opening the “Locanda Vecchia Pavia” in Pavia. His debut in Milan was in 1986, when Chef Sadler opened l’Osteria di Porta Cicca; in 1991 he received his first Michelin Star. In 1995 the restaurant moved to a close by location, where it stayed for 11 years and where he then received his second Michelin Star.

In 1996 Chef Sadler brought his culinary expertise to the Far East, in Tokyo, where he opened a restaurant. In 2008 he opened a second restaurant in Beijing’s Tienanmen Square, in collaboration with two trusted partners.

In 2007 his restaurant in Milan relocated and shortly after a second one was opened, Chic’n Quick Trattoria Moderna, which focused more on informal and quick eating, while still keeping Chef Sadler’s style. That same year two more restaurants opened in the Milan Exhibition Centre called “Chic’n Quick” e “Sadler in Fiera”, that were open until 2019.

On December 7th 2018 Chef Sadler was awarded the “Ambrogino d’oro” the Municipality of Milan’s highest honour, which is conferred upon distinguished institutions and citizens in appreciation of their human and professional merits.

“Modern cuisine in evolution” is the best way to describe Chef Sadler’s philosophy in the kitchen, which is distinguished by a balance between keeping traditions of regional cuisine alive and the reinterpretation of those dishes, by adding his own creativity and artistic ideas. 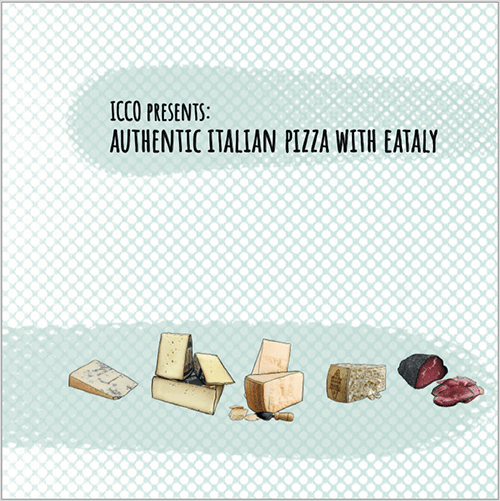 The second part of this series will feature Chef Rob Gentile, Buca Restaurants, who will present his own personal creations of the Panino Gourmet.

Chef Gentile will connect with us directly from his kitchen to show us how to prepare the panini he created specifically for this event and explain the inspiration behind each sandwich. Chef Gentile will present the following two panini:

Chef Rob will be joined in conversation throughout the event by Michelle Jobin, TV Personality and Producer, who will help us discover Chef Rob’s panini creations and the inspiration behind them.

While he prepares the panini he will speak about the ingredients he chose, talking more specifically about the PDO/PGI certified ones. Special focus will be put on the PDO/PGI certifications, traceability, and quality of products. Some of the products that will be part of the two delicious panini are: 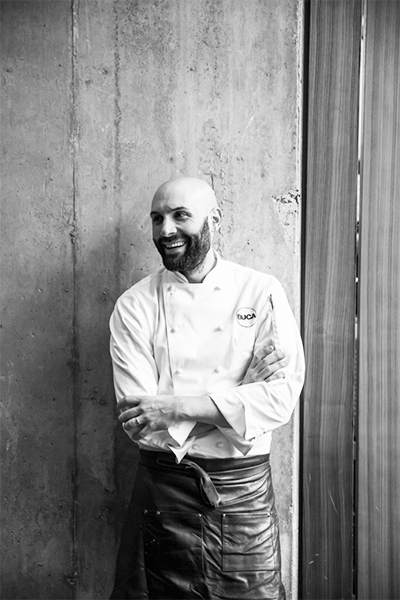 A first generation Canadian, born to Italian parents, Chef Rob Gentile’s earliest memories are from his grandmother’s garden and kitchen. As a boy he learned that food was sacred within his family who for generations grew their own produce, raised animals, cured meat, fermented grapes and preserved anything possible. The skills he learned at home in his family’s kitchen eventually led to his first restaurant job at the age of 13.  Rob inherently knew that his career would revolve around food and after working in restaurants throughout his teenage years, he entered George Brown’s Culinary School. By 18 he found his first role in a professional kitchen at North 44 under celebrated Chef Mark McEwan. After 10 years of moving up the ranks from line-cook to Chef de Cuisine at McEwan’s top restaurants, Chef Rob was ready for a new challenge. He soon joined Peter Tsebelis and Gus Giazitzidis of The King Street Food Company to take the helm of Buca. The restaurant opened in 2009 and quickly became one of Toronto’s most sought-after dining destinations and is considered one of Canada’s best.

Rob Gentile, now Chef Director and Partner of The King Street Food Company’s collection of restaurants, has made his mark for his disciplined craft, determination to source unique, local ingredients and his visionary approach to Italian cuisine.  Since the opening of Buca on King Street, diners and critics alike have taken note of Chef Rob’s commitment to excellence and creativity, resulting in Canada’s 100 Best naming Buca Osteria & Bar (Yorkville) second in the country (2016), honours from the Ontario Hostelry Institute’s Gold Award for Independent Restaurateur (2015) and a prestigious Pinnacle Award from Foodservice and Hospitality naming The King Street Food Company 2014’s Company of the Year in Eastern Canada.

The Buca collection has grown to four locations across Toronto, each with a unique offering and atmosphere with a fifth Buca concept Cucina Buca, set to open in 2020.